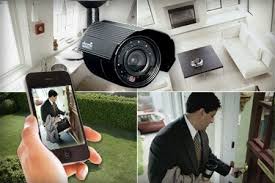 Up until recently, CCTV cameras were featured only in posh neighborhoods and large businesses. But today, more and more properties invest in CCTV systems. And there is always a good reason for the increased growth in closed-circuit television systems demand. The truth is that such systems are excellent thief deterrents. Due to the high demand, there is also a great variety of options, ranging from simple analog and HD systems to IP cameras.

What CCTV cameras do?

What CCTV security systems do is common sense nowadays. Connected to one single monitor or multiple ones, they allow you to check the perimeter of your property. That depends on CCTV installation. In other words, where you install cameras. They can monitor the property’s exterior but also interior. They record footage, turn, and zoon-in and out. High tech IP cameras are the most advanced ones. They enable you to monitor your property via your smartphone.

Which are the benefits of CCTV systems?

Hidden CCTV security cameras though have their opponents. Some people would object to

the Big Brother feeling, especially when at work. They feel their boss doesn’t trust them or don’t like being watched at all times.

All the same, hidden cameras in the office enable you to check the productivity of employees and keep in record any illegal actions.

In order to get the best of CCTV cameras, it’s best to get advanced products with high resolution. And don’t forget that cameras should be installed out of people’s reach for the avoidance of vandalism. Remember that the security of your property depends on all security systems you install. So invest in durable high security locks too. There is no point having high end cameras and poor quality locks. Both together can prevent crime.