Defining the reason for the car key remote problem is a problem half-solved. Although you will most likely need an expert auto locksmith to verify your suspicions and fix the problem, it’s good for you to know the possible sources of car key remote troubles. There’s no denying that car key remotes are not all alike. They differ in terms of car make and technology. In spite of their differences though, most of their problems happen for more or less the same reasons. And here are three common reasons why car key remotes stop working out of the blue.

It sounds simplistic and so it’s often overlooked but more often than not, car key remotes stop working due their dead battery. That’s the easy way to fix the problem. Batteries are not expensive or hard to replace. But if you don’t have the time for such things, you can always call a mobile locksmith for the job. Now, if the car key remote works once its battery is replaced, the problem is solved. If not, continue reading.

Car Key Remote Is Not Programmed

These days, car key remotes do it all. They open the car doors and trunks, 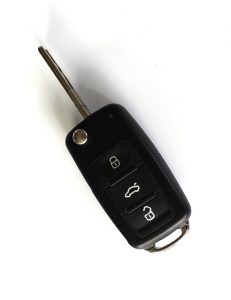 start the engine, and monitor the alarm system. But such keyless entry remote systems must be properly programmed. Actually, every transponder key is programmed to work with just one car for the avoidance of security concerns. The proper transponder key programming ensures that the transmitter and receiver communicate well and nobody can use their fob to unlock your car. If any problem interrupts this communication, the car key remote must be reprogrammed to regain its function. There are some simple ways of using the car keys to remedy the problem but it really depends on the vehicle and its technology and make. And so, it’s best to turn to a car locksmith for such delicate matters instead of taking chances with your auto’s security.

Car key remotes are tiny technological marvels which intend to fit in our pockets and bags and make our lives easier. But such actions and their daily use might lead to some problems. It’s not surprising to deal with severe transmitter problems. Although the transmitter is hiding under the plastic cover of the fob or the transponder car key, damage may still happen. Problems may also happen with the receiver. Although not as susceptible to damage as the transmitter, it can still create functionality problems if it’s broken or somehow disconnected. The truth is that most such problems occur when they transmitter is broken. This is highly likely and very hard to define their troubles. But identifying the transmitter as the source of the problem is rather easy if you shake it and hear broken components moving or notice that the rubber buttons seem damaged or fail to pop up out once you press them.

An experienced automotive locksmith will be able to tell what caused the car key remote problem. And in many occasions, they can replace broken components – apart from replacing the dead remote batteries. But sometimes, it’s easier to get a brand new car key remote and have it programmed to work with your car – especially if the damage of the existing one is extensive or the cost to have it fixed more or less the price of a new one. Just make sure a locksmith programs the car key remote to be sure it’s done correctly.