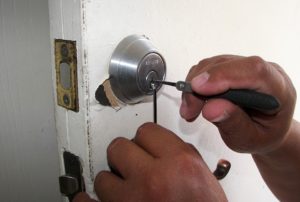 By definition, high security locks must keep intruders out. If they can be picked by a thief, there is problem. And that’s why there is a dual front acting as the barricade against intrusions. One front is created by door lock manufacturers who test their products to ensure their resistance. The second front is left up to you and it has to do with your lock installation decisions. After all, there are locks and there are locks. Some are made for low-security applications. And so if you mean to secure main entry points, you need to be sure the new product will resist lock picking and lock bumping. But what is lock bumping and picking?

Before we get into that, let’s take a very brief look at how popular locks work.

Most common door locks have a pin tumbler design. This means that the lock mechanism consists of several small pins in two lines. The bottom line consists of five or six ‘key pins’ while the upper line consists of five or six ‘driver pins’. Now, the parts of the lock are hold together thanks to the outer shell aka housing and the cylinder but also thanks to the pressure imposed on them by the springs. There is a space over the driver pins also known to locksmiths as the shear line.

Now, in order for the key to go in and unlock the door, it must be cut in accordance with the particular lock’s pin configuration. And so when you insert the key in the lock, it pushes back the upper pins to the shear line and thus frees the way all the way to the back of the lock and enables the key to turn and lock or unlock the door. Now, why should you care about the way common locks work? Because you will understand better the methods of lock picking and lock bumping.

Both of these techniques are used by thieves in their attempt to open door locks. But they are also used by lock makers as they race against thieves in an effort to test their products and increase their anti-theft features. 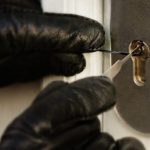 Lock picking is opening the door without the key and without damaging the lock. And so you need tools that mimic the key and thus can be relatively easily inserted in the lock and open the door. This door lock opening technique is actually done with two tools. One tool is the pin. The other tool is the tension wrench. The wrench is used to keep the pins at shear line while the pin is used to pick them. The secret here is to use enough tension with the wrench so that the door will eventually unlock. This is the method a locksmith would use to unlock a door when you are locked out. 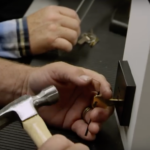 The technique of lock bumping is similar to that of picking with the difference that a special key aka bump key is used instead of pins and wrenches. The bump key is put in the keyhole and then bumped with another tool so that the pins of the lock will go up to the shear line. Then torque is applied to the bump key and the door opens. This method is also used by locksmith companies to open doors when the key is lost.

Basically, both methods aim at opening a door without a key and the difference is that they are done with different tools and thus not exactly the same way. But the idea is always to control the pins so that the cut key or pin will unlock the door.

Keep in mind that the cheaper the locks, the easier they are bumped and picked. And so it’s best to make sure you install high security door locks that are tested for their resistance to both picking and bumping.