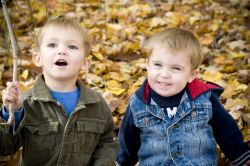 Bad things happen in just minutes! It just takes an instant wrong decision, negligence with the car keys and failure to understand the dangers from leaving little children in the car. It would be a shock to them to remain in the car for some time on their own as it is, but the repercussions could be tragic when the temperatures are extreme in Toronto.

Children have actually died from extreme car heat and they can also easily freeze during very low temperatures. Although the response time of FC Locksmith is fast, you shouldn’t go through the ordeal of wondering about your children. You should take precautions beforehand and good judgment every second of the day.

Cars are not safe places for kids anyway. They might put their fingers on any button just out of curiosity and even turn the engine on accidentally. Accidents happen in the blink of an eye. Think about it next time you will decide to leave your kids in the car just to get some milk from the store. The dangers are all around. Kids have been abducted from cars. Keys get lost and broken. Something might happen to you and nobody would know that there is a helpless child in your car. You might bump into someone you know and take more than you estimated to get back in the car. Someone might break into your car and steal both the vehicle and the child.

Imagine how you would feel if you were locked in the car with no way out! Wouldn’t you feel trapped and asphyxiated? Now multiply this by ten times to understand how small children and infants would feel! If you are accidentally locked in the car, you would know what to do, who to call or how to possibly break free. Children alone in the car would panic! They won’t know why they are abandoned all by themselves and depending on the weather conditions they would soon feel very cold or nausea due to heat. Don’t ever leave kids in the car! How about if the transponder keys don’t work! Always take them with you even if you are planning to go for seconds. Also, hide the car keys. Do you know how many kids would get the keys, open the vehicle door locks and pretend they are driving? Do you know how easy they can be locked in the car? They don’t know it, but you should.