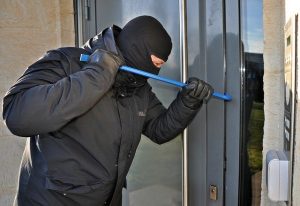 There’s no easy way to break the news to you so I’ll just go ahead and say it. If your home is burgled once, it doesn’t mean it won’t be burgled again. This is a common mistake most people make. And so, the devastating feeling of entering into a burgled home or waking up to discover a mess in all rooms won’t stop. So, let’s see which questions pop here. Why your house has become a target? What do you do wrong – if anything? And what can you do to prevent burglaries in the future? These are quite a few questions to answer. So, let’s get started.

Why burglars keep returning to you

No one wants to ever think of the possibility of a burglary, but the truth is 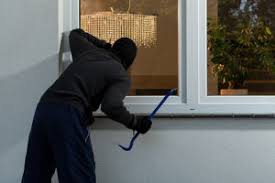 that everyone expects to be burgled at least once in their lifetime. The question is why some homes seem to be targeted? No, burglars do not hold a grudge against you. They are just opportunists that like to come and go like shadows and without bumping into problems. If a house is easily accessible with no gates, fences, and CCTV systems to get in their way, they will give it a try not once but multiple times.

Now, if the house lacks high security door locks and so breaking in becomes easy for them, why not come back? Their intention is to break in without any difficulty, get what they find quickly, and leave as soon as possible. If this is possible at your home, the burglar will be happy to return, especially if you keep many valuables in the house. That plays a role too. If you keep everything in a safe or keep no valuable items in the home, why should the burglar bother to come back? But if they find some good stuff the first time, they know you’ll eventually replace them and so they may come back.

Another reason for repeated burglaries is when perpetrators can monitor your moves. If your family follows a daily routine and the burglar knows what time to strike in order to find no one at home, he will gladly return.

Security measures after you are burgled

The reaction after a burglary is more or less the same. We might not say it out loud, but deep inside us we murmur that we’ve done our duty and paid our debt to the neighborhood’s burglar. Now, they will strike somewhere else. Well, it doesn’t work exactly like that. In fact, some burglars break into the same house only days after the first time. Why? Because they know how we think and that we usually do nothing to prevent another burglary. Let’s prove them wrong.

Most people who experience a burglary once, do nothing to avoid repeat break ins. Some change locks at the front and back door. Side doors and windows are usually neglected. Only a few homeowners get a more advanced alarm system. And just a tiny percentage invests in new high-security locks for all entry points and also extra deterrents. Guess who doesn’t face the same trauma of a burglary again!